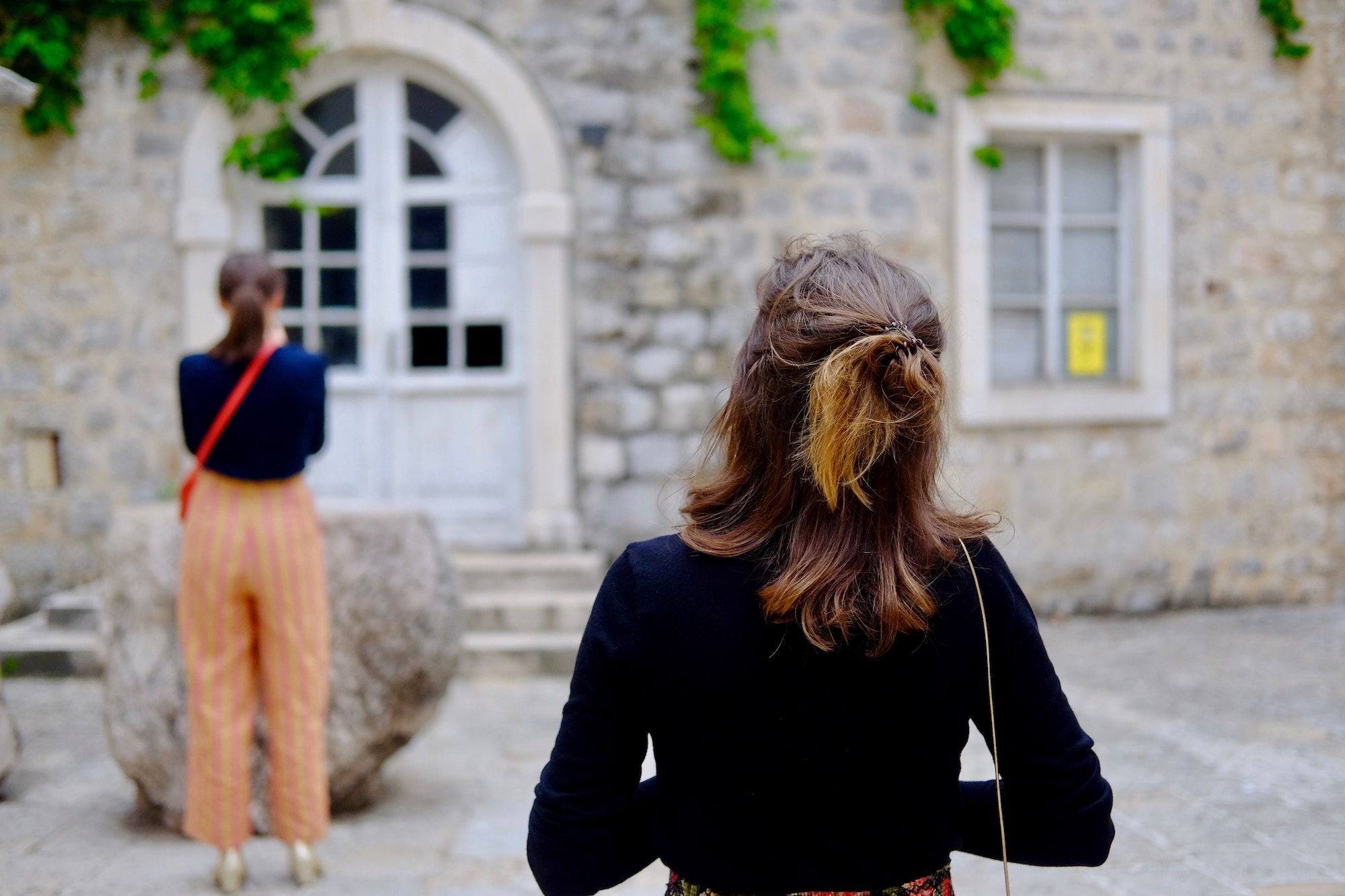 We met with Claudia Brözel, Professor of Marketing and eCommerce in Tourism, and talked to her about gender equality and women in the tourism industry.

We also asked around in the Juvigo office. You can read what our employees and founder and CEO Björn Viergutz have to say about gender equality at the end of the article.

Claudia is an absolute tourism expert who learned the subject from scratch. Her career began as a hotel manageress in the Black Forest and led her further abroad to the Canary Islands. In 1986, she began her diploma studies with 34 other students (the majority were female) to become a tourism business administrator in Heilbronn and after almost 30 years as a freelancer, executive and project coordinator in the industry, she has been a professor for 7 years.

But how did the interest in gender equality come about?

Claudia describes the reasons for this as manifold. On the one hand, there are points that are found within the women themselves. The way girls are brought up, what opportunities they have. On the other hand, there is the industry. What does it look like there? You only find men in the management positions in German tourism! “I went to the Federal Association of the Tourism Industry (BTW) with my students at the beginning of November, as I do every year. The whole day, from 10 am to 6 pm, there were only men on stage. My students also noticed this very much. I was there with a group of 20 people and the majority of the students were female. But even the young men found that it was kind of weird.”

Claudia sees the problem in more than just the industry. When asked by BTW, she found out that they tried to get women on stage for certain topics, but not a single one accepted! “Women are brought up differently than men, we have to work on self-confidence.” On top of that, children also play a role in the divide still. “After parental leave, it is made harder for women in their career, if they already had a management position, to continue it,” says Claudia Brözel.

Is this a generational difference? Will this gender imbalance in tourism dissipate over time, as the “digital natives” already think somewhat differently?

“I have the impression that there already is greater equality than is the case now in my generation. But also in other industries: In the music industry, there is no discussion about whether the drummer is male or female. I have the feeling that in the travel industry it is completely different in the management positions.”

Claudia Brözel tells us that she actually went into teaching for this reason as well. She wants to encourage more women and give them self-confidence. She often observes among her students that women don’t have much confidence in themselves at certain points. While a man is bubbling with self-confidence when he gives a lecture that he prepared last night, women introduce their lecture, which they have been working on for three weeks, with a negative thought.

“Women are often better prepared and also more deeply involved in the subject, but they don’t manage to bring it forward, instead they emphasise what they can’t do,” says Claudia, who discusses this self-perception a lot with her female students, and of course also with the young men. “Young men also find it incredibly stupid that it is still the case in business that women are paid less and don’t get into management positions. I just think there’s a different generation growing up where men also see women as equals.” That is why it is important not to start with women only and to promote or even favour them. It is important to give clear feedback and encouragement. Phrases that Claudia mainly uses for this are:

Politics and business must also do their part. “I see quite clearly, as I have now read in several studies, that the father or mother is the first place where children are taught social skills. Nevertheless, it is up to the politicians to provide the framework conditions. I am clearly a representative of the women’s quota in management positions, because I believe that we need these framework conditions for the transitional period. I also see the business community as having a responsibility: for example, with voluntary declarations that employees will be treated equally as far as wages are concerned.”

Besides women who rise to leadership positions, there are also women who start their own businesses. But unfortunately far fewer than men. To be precise, the share of female start-up founders in 2019 is 15.7 percent (source: DSM 2019). But what is the reason for this? Do the women have no ideas or are they too shy here too and don’t trust themselves to start a business? Claudia observes that women have a much harder time getting money. Because the funders in the field of venture financing are almost exclusively men. There are hardly any groups of women who have the money and then also use it in start-ups founded by women. In addition, women’s ideas and business models may be less well received by banks and investors.

To resolve this, Claudia advises all women to always practise speaking and networking freely. At events, just do it once and approach people, engage them in conversation and appear confident. Also, always stand up for yourself and know what you are worth. So before a job interview, think carefully about the amount you want to earn at the end of the month and don’t let yourself be talked down to (too much). At the same time, you can consider alternatives if, for example, the company is still very young and has little leeway in setting the salary. Because the number in the account is not everything in the end. Other benefits offered by a company should always be taken into account, and often there is more room for negotiation there as well.

Is there anything else you would like to say to women about equality?

“No matter where you are – whether in your studies, in an internship or in a job – I would advise everyone to observe carefully and realise where unequal treatment is taking place. This can be addressed objectively and/or acted upon. Don’t wait, but please see this in every position you are in and then also demand your right.”

Claudia Brözel completed her PhD in Internet Economics at the TU Dresden in 2011 and has held the professorship for Tourism Marketing and Management at the University for Sustainable Development in Eberswalde in the Master’s programme Sustainable Tourism Management since March 2012.

She is co-founder of the Internet Travel Distribution Association, which she strategically aligned and led as president for five years

Juvigo currently has more female than male employees. Three women from Juvigo tell you about their work at Europe’s leading booking platform for holiday camps, youth travel and language trips. You can also find out what founder and CEO Björn Viergutz has to say about gender equality.

“The fact that I am a woman has never played a role in my career at Juvigo. I have never been disadvantaged – but on the other hand, I have never been favoured. All colleagues are treated equally here and good performance is rewarded, regardless of whether it’s a man or a woman.“

“At Juvigo I don’t have the feeling that gender plays a role. What counts when it comes to decision-making is the better argument in the end. “

As a mother of two children, the gap between family and career is often wide. Juvigo nevertheless gives me the chance to carry out my position. Reliability on the one hand and understanding on the other form the basis for this.

As managing director, I have the commitment to pay my employees fairly. Good work should be well paid, regardless of gender. What counts is performance and qualification!

Are you looking for a new challenge and do you fancy a job in the youth travel sector? Go straight to your career at Juvigo!

Scroll Up
Manage Cookie Consent
To provide the best experiences, we use technologies like cookies to store and/or access device information. Consenting to these technologies will allow us to process data such as browsing behavior or unique IDs on this site. Not consenting or withdrawing consent, may adversely affect certain features and functions.
Manage options Manage services Manage vendors Read more about these purposes
View preferences
{title} {title} {title}